Before and after pictures, the design is almost a good fit. There are some spacing issues at the wheel well but visually the layout and the headlights are close to the original style. It isn't immediately obvious, but the center section under the hood has a visible gap because the hood peaks in the middle. 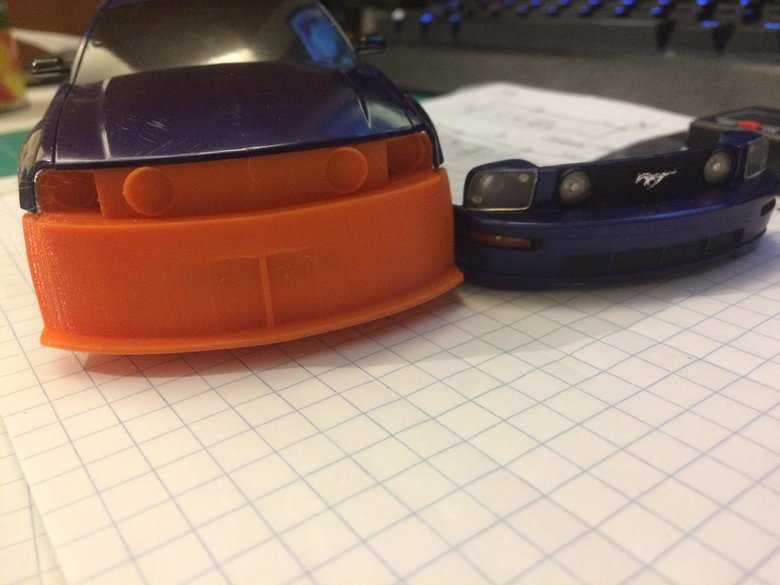 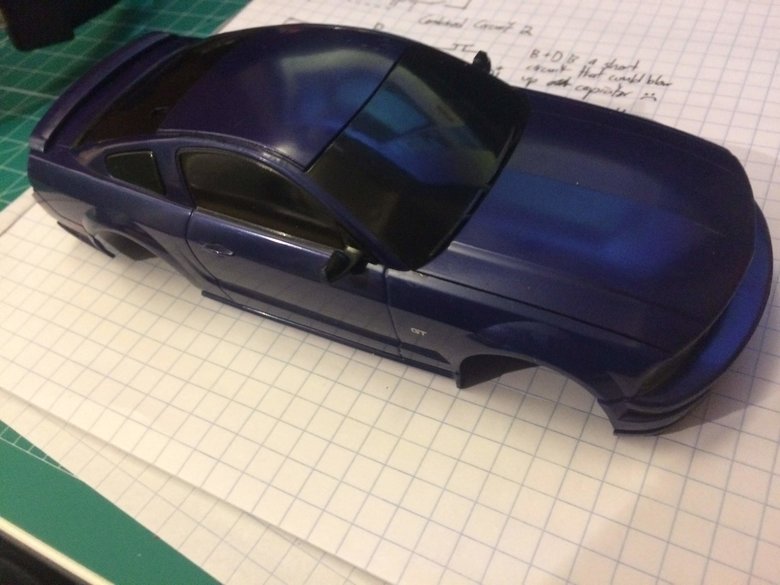 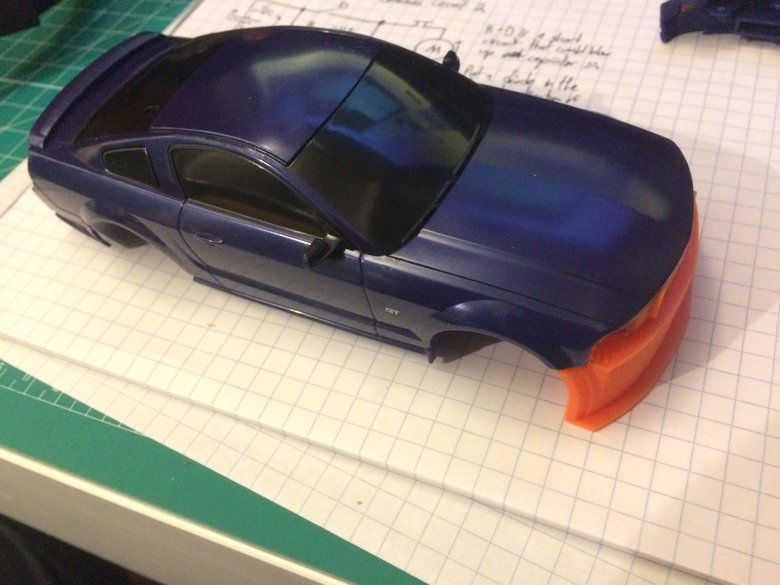 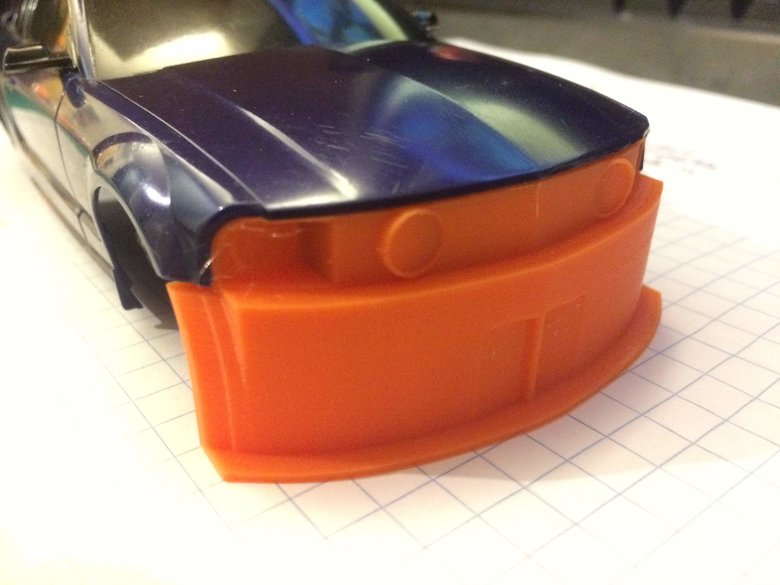 Inspecting the fit from the side of the car. The print actually had a little too much space around the supports from the body of the car, so I'm going to shrink those down by a little bit to lead to a more snug fit. 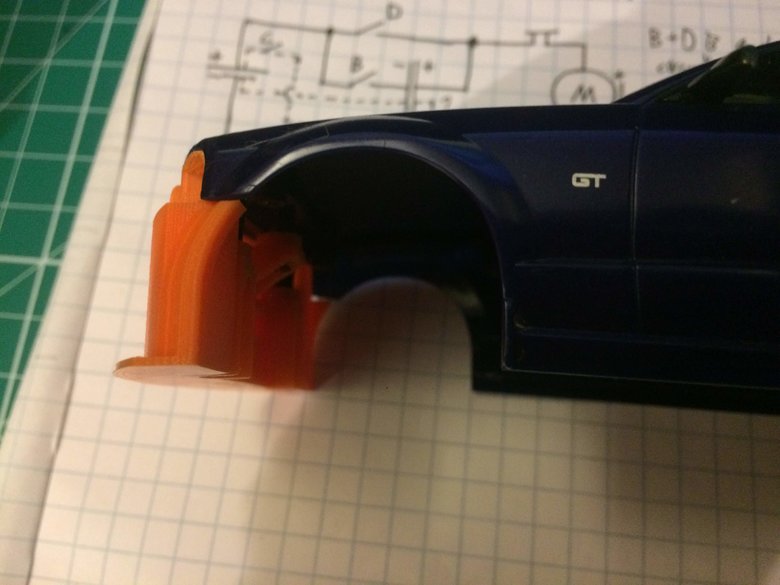 Things are starting to shape up. I'd almost forgetting that the end goal was to put this back on the chassis. 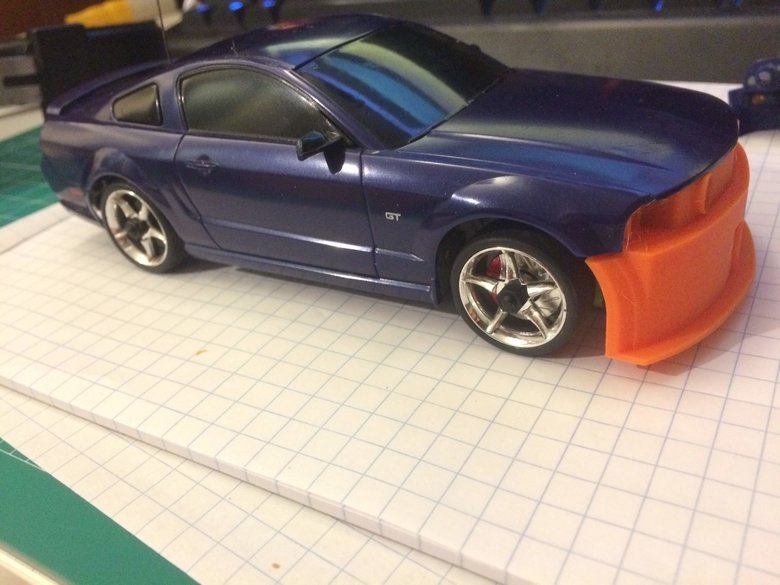 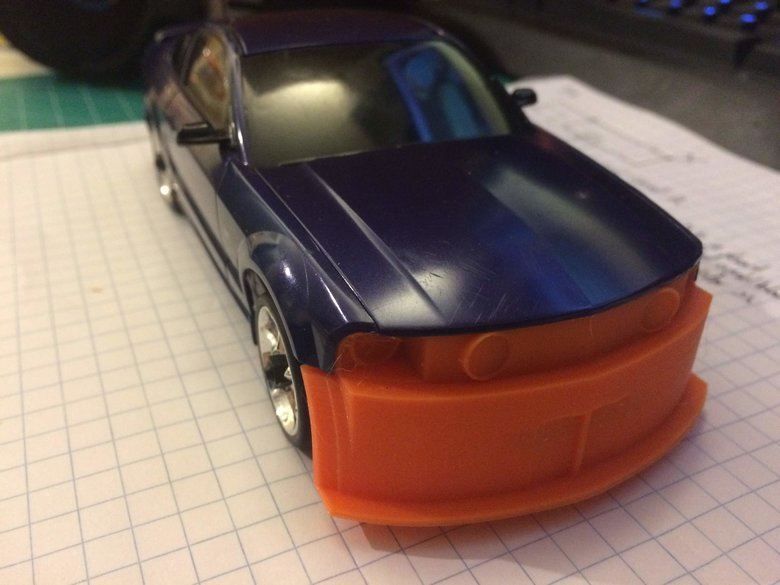 Unfortunately, the wheels collide with the inside supports of the front bumper. There should be plenty of space to remove a section so the wheel can turn and the suspension can compress freely. 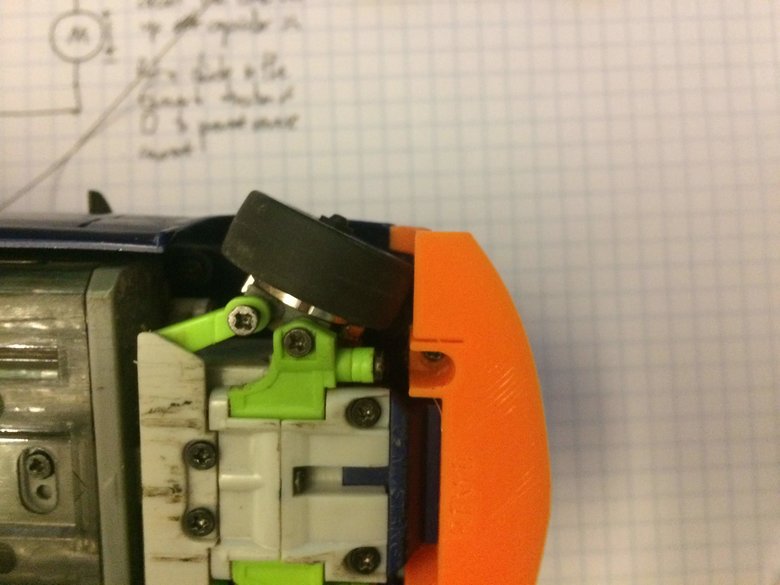 One further adjustment while making space for the wheels was to simplify the resulting geometry internally. It'll speed up the print (I think) as well as simplify future changes, without sacrificing the exterior styling. 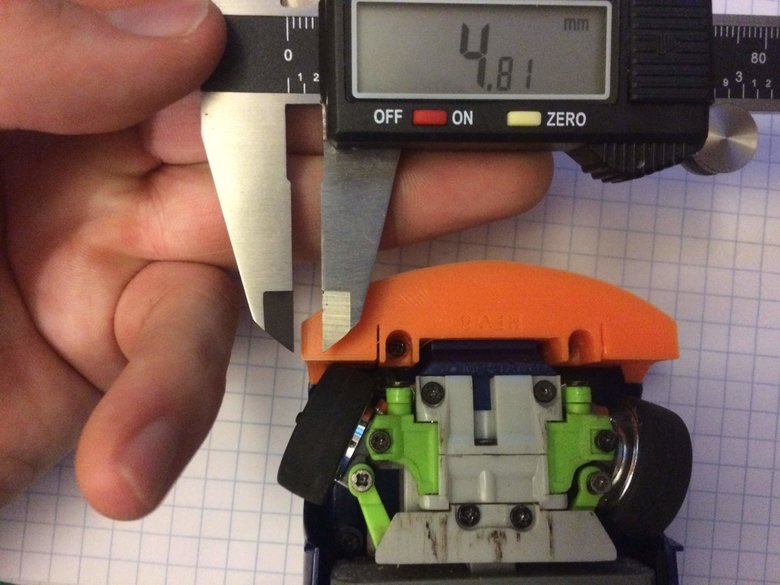 Another consideration: with the suspension fully compressed, the new front design would rub along the ground. That's fine if the car's running on graph paper, less so if it's going to be running on uneven surfaces. 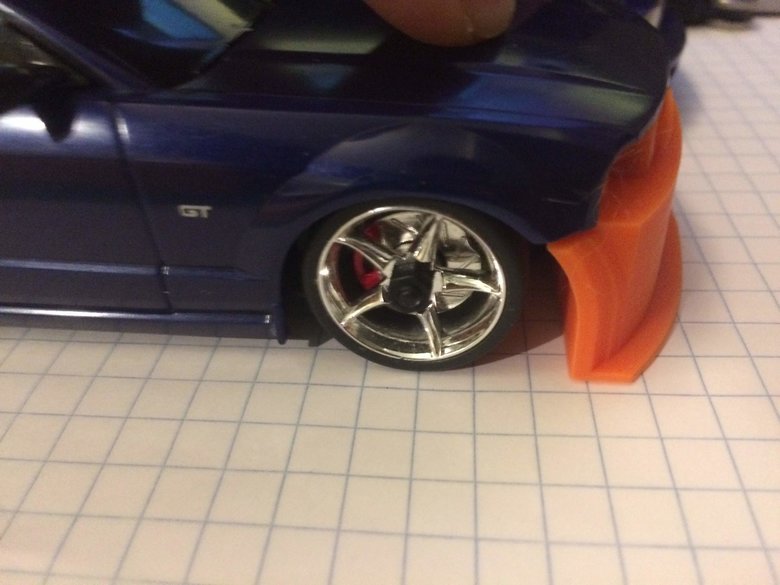