After a heavy dose of degreaser, I gave the parts a scrub and now it's off to a vinegar bath for most of the pieces. White vinegar (acetic acid?) is supposed to be a home remedy for rust, let's give it a shot.

I had a tiny concern that some of the pieces might be so damaged that they would fall apart when I removed the rust, but so they seem to have turned out well. The derailleur cage in particular seems to have cleaned up nicely. There's still some rust but it's much better than before. 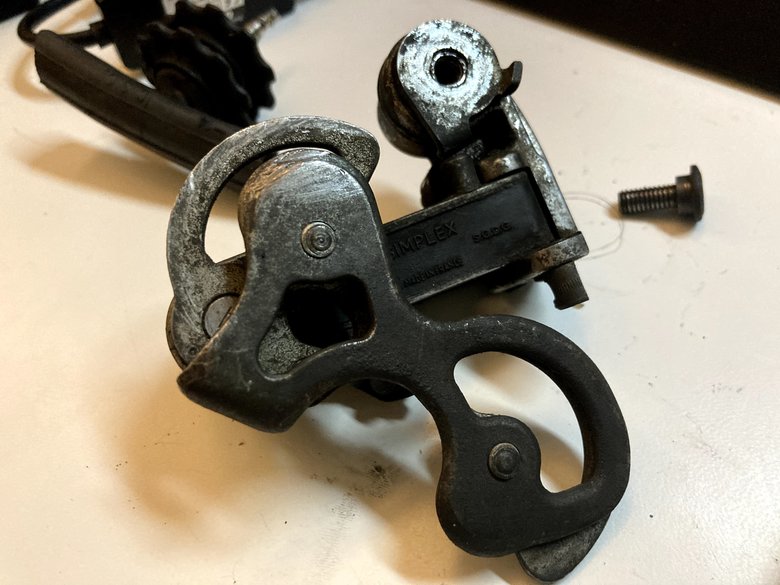 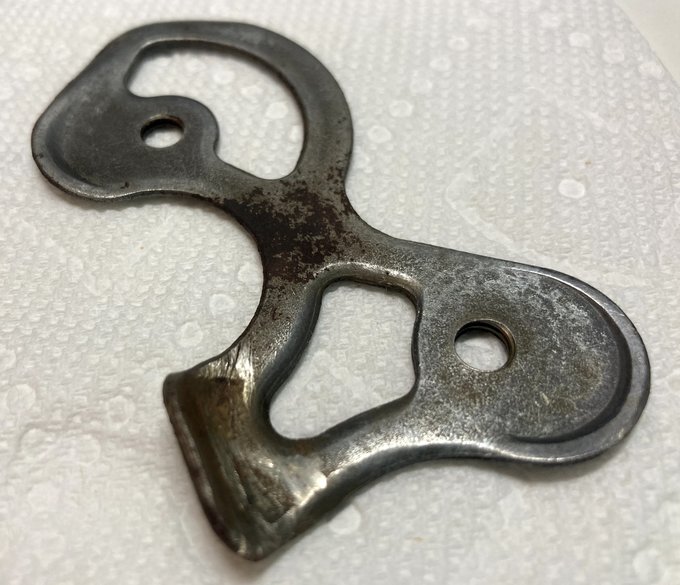 One of the bolts has retained a dark color. I can't tell if it's rust or a different material. I'm starting to think I might make a run to the hardware store to find a replacement that is a better match for some of the more shined up pieces. 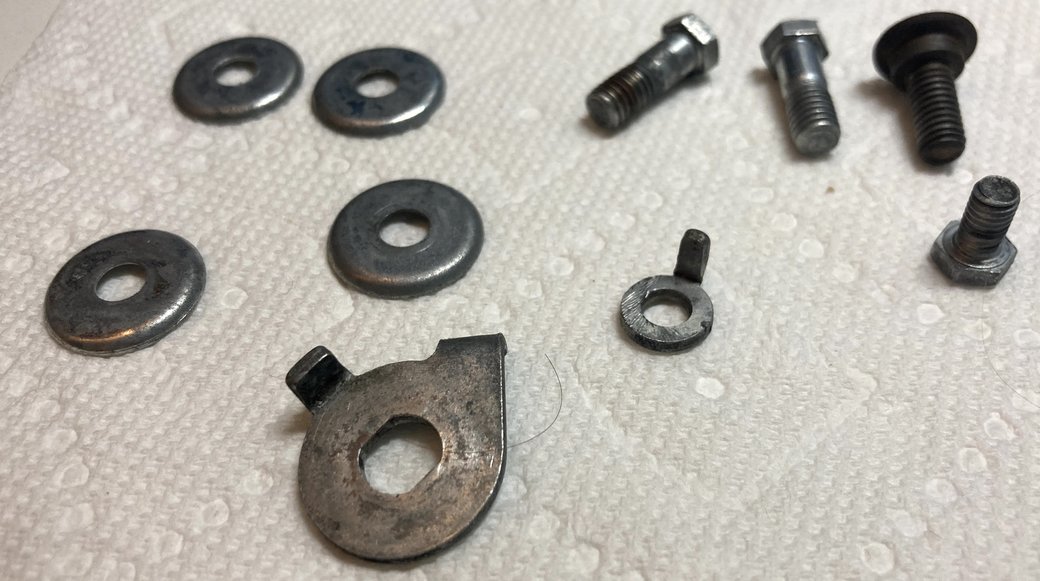 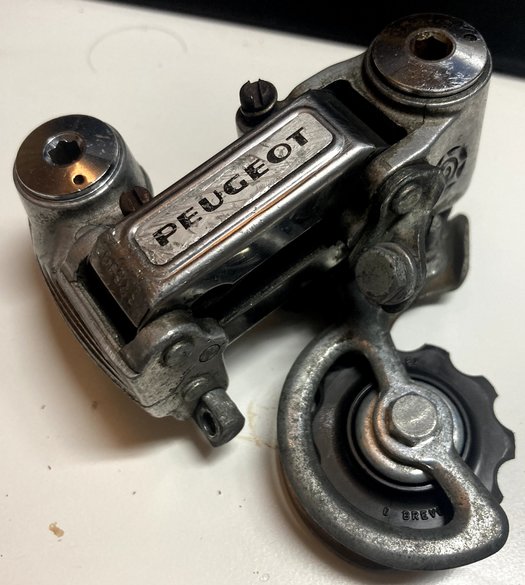 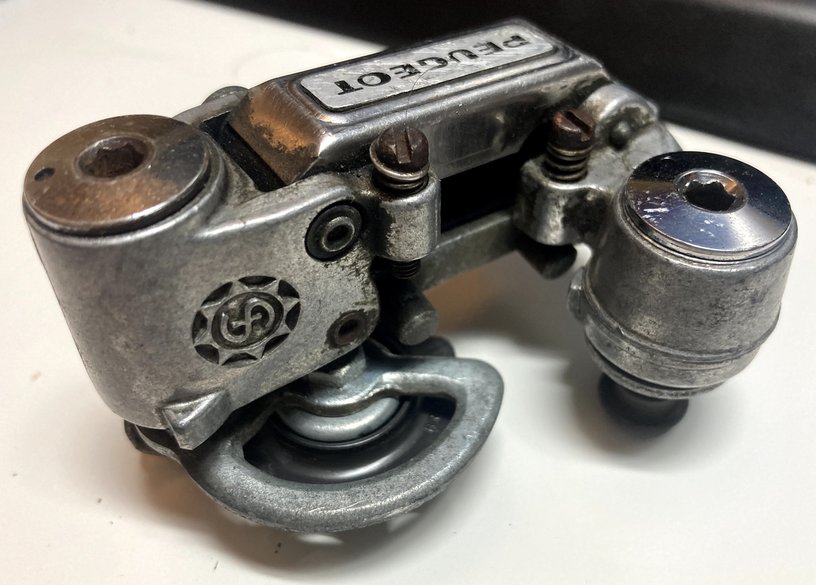 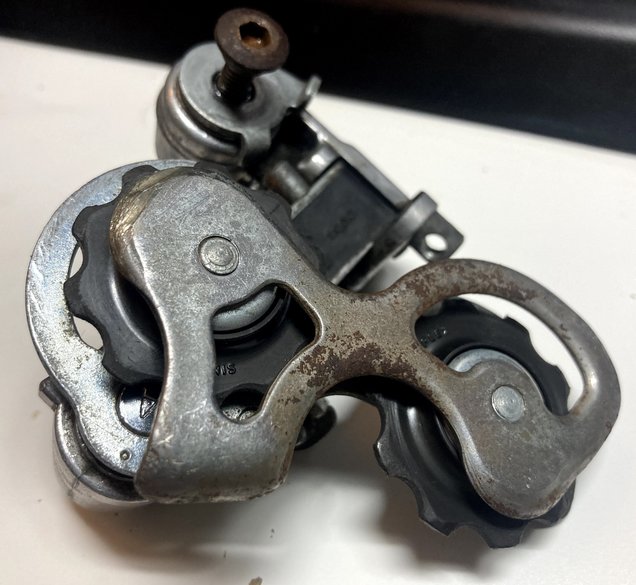 One of the interesting things that came out of cleaning up the derailleur was being able to more definitively identify the part. It's a Simplex part going by the logo and the shared French history with Peugeot. 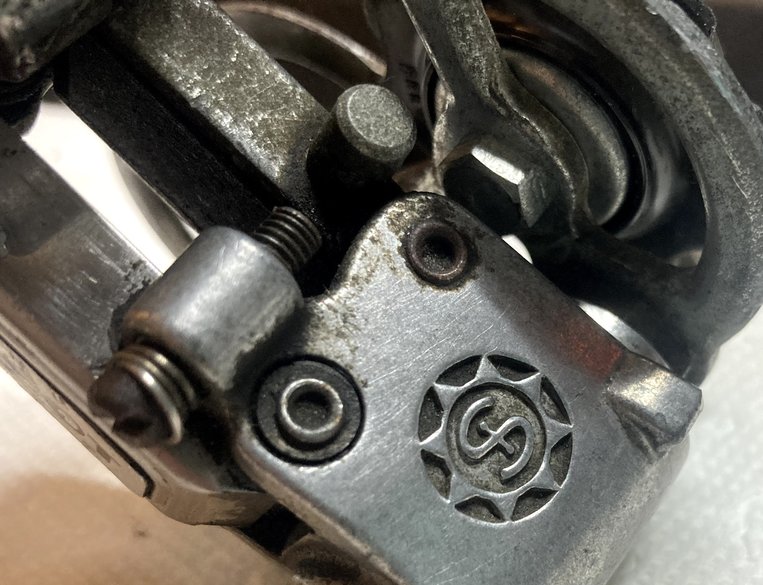 After cleaning it off, we can see that it's a SX610. That had previously hidden behind some (a lot?) dirt and grease and makes it easier to find the right thing to learn more. 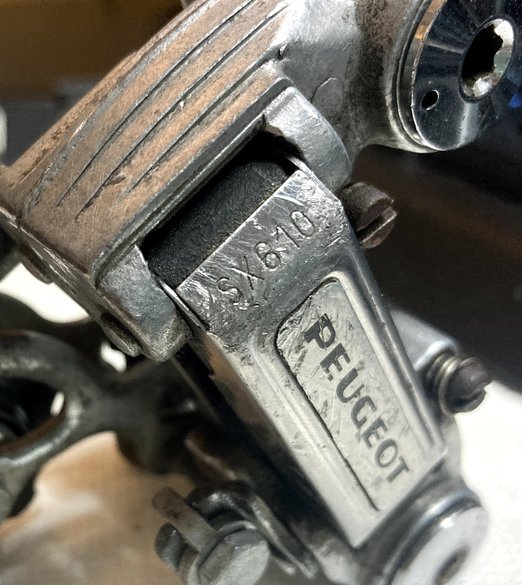 That said, in reading up on Disraeli Gears' review, it's not favorable:

Just one look at this Simplex SX610 GT is enough to make me feel utterly exhausted and dispirited. I can almost hear the chain hysterically clattering on the inaccurately cut teeth of the wide ratio Maillard freewheel as the SX610 GT pathetically attempts to find bottom gear.

And one fateful comment in passing: "the springs lasted about 23 milliseconds ..." It seems like I'm not the only one who's had a problem breaking springs.

P.S. The photo from Disraeli Gears looks pretty sharp. Please check out the site for more derailleur info from the passion project: disraeligears.co.uk